Founded in 1974, Cherry City Electric has steadily grown in size and capabilities. Today, 40 years following its inception, the firm holds a place as one of the leading electrical contractors in the Northwest.

In April 1994, Cherry City Electric merged with Morrow-Meadows Corporation, now one of the largest electrical contractors in the United States. The combined operations and strengths of the two companies, with offices in Salem, Vancouver, Los Angeles, San Francisco and San Diego, have well prepared Cherry City Electric for the expanding marketplace of Oregon and Southern Washington. 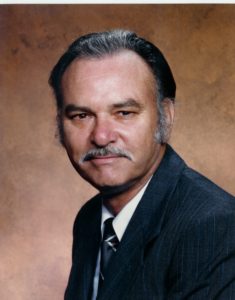 As one of the founding partners of the Morrow-Meadows Corporation, Mr. Meadows guided the company for the first thirty years providing a solid foundation for the growth that would follow. He was succeeded as President by his daughter Karen Price in 1992 who has used that solid foundation to continue to grow this exceptional business.

While he was in the U.S. Air Force, he was assigned to the Electronics School at Biloxi, Mississippi for a year, spent a year in Korea serving his country in the Korean war and then to Edwards Air Force Base in California where he was involved in experimental electronics work.

Upon completion of his service obligation, Mr. Meadows entered the four-year apprentice program of the International Brotherhood of Electrical Workers (IBEW). Mr. Meadows was very proud of his IBEW union affiliation and was a member for over 55 years. At the outset, Mr. Meadows served as Field Superintendent for the new company. But as the company grew, he became more involved in business management and in 1968 the Board of Directors named him President and CEO.

Mr. Meadows passed away in March of 2011 leaving the company in the capable hands of his children, providing the leadership and guidance for a thriving and growing organization.